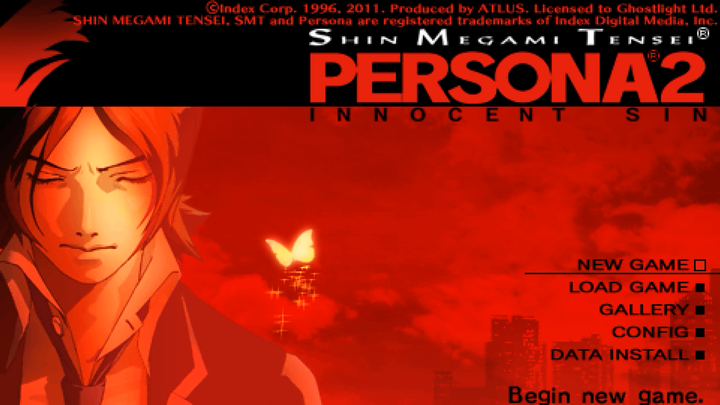 The first Persona was a decent effort, featuring some interesting ideas and a wonderful surreal atmosphere that fit the game to a tee, but in the end it was just a bit too clunky for its own good. Awkward gameplay would still be tolerable if the story made up for it, but that was not exactly the case with Persona as Atlus had focused more on the dungeon crawling gameplay than the writing. The story and characters were interesting, of course, but they weren’t the main draw as far as the developers were concerned.

In 1999, Atlus published the first Persona sequel in Japan. Persona 2: Tsumi (Sin), aka Persona 2: Innocent Sin, was the first half of a duology; the second half would be released the following year as Persona 2: Batsu (Punishment), or Persona 2: Eternal Punishment. Only the latter was initially released in North America, while PAL territories got shafted as usual and didn’t receive either game until 2011 (in fact, Eternal Punishment still doesn’t have a PAL release).

Atlus has never explicitly stated why the US release of Innocent Sin was skipped, but there are a few theories floating around. According to one of these, the decision not to release Innocent Sin was due to its depiction of schoolyard violence and gun-wielding high schoolers, which might have been considered in poor taste so shortly after the Columbine tragedy. Another suggestion I’ve heard a lot is that SCEA may have found the appearance of Hitler (this game’s plot goes places, to say the least) as an antagonist just a bit too controversial for western audiences at the time. One more aspect of the game that might have been deemed too controversial is the fact the protagonist can pursue a romance (of sorts, it’s basically just a few lines of dialog) with another male character.

Whatever the true reason behind the decision was, the fact is that Innocent Sin wouldn’t be released outside Japan until the PSP remake came out in 2011. There was also a fan translation released in 2008, but I’ll get to that one in a bit. I’ve decided to split the Innocent Sin article in two parts because there’s a lot to cover, and in this first part I’ll be talking about the gameplay and mechanics. First off, let’s take a look at what has changed. 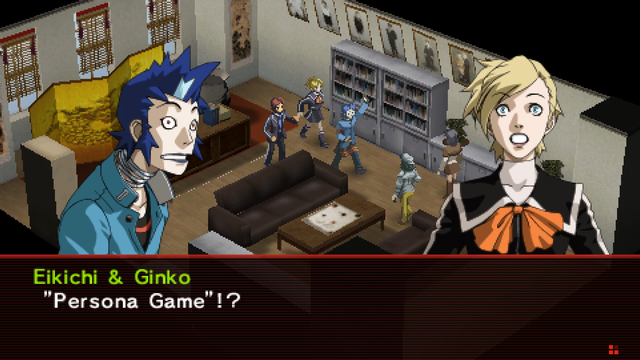 Most obviously, the graphics are hugely improved, featuring more detailed and extremely expressive character sprites and portraits. Persona 2 still doesn’t look anywhere near as flashy as, say, Squaresoft’s output on the PlayStation (although I must say the spritework has held up better in my opinion than some of those old 3D models), but it is nonetheless a hell of a lot more attractive to look at than its predecessor. The prerendered cutscenes also look much nicer than they did in the original game, with the absolutely gorgeous PlayStation intro (which prominently features the poem Der Doppelgänger by Heinrich Heine) deserving a special mention here.

The first-person dungeon navigation is gone completely, replaced with a third-person approach similar to most JRPGs at the time. The camera can be rotated freely to get a better view of your surroundings, which helps a lot because the dungeons are still rather labyrinthine at times (the one in the above screenshot is even referred to as a maze in-game).

The dungeons aren’t necessarily all that long, but you still end up in so many random battles that they can end up taking forever. This is not as annoying as it might sound, because Persona 2 lets you save your progress at any point (barring a few sections here and there). No more save points, just go into the menu and save the game from there. When you’re getting close to the dungeon boss, the game is kind enough have one of your party members pop up and tell you they have a bad feeling about what’s coming up, letting you know that now would indeed be a good time to save. It’s kind of a shame we went back to old-school save points in the later games.

The combat has seen quite a massive overhaul, which is excellent news because the fighting in the original Persona could get more than a little cumbersome. The grid is gone and characters can no longer move around the battlefield, so you don’t need to worry about positioning. Everyone in the party earns EXP evenly, as well, and everything about the combat just feels smoother. Well, with a bit of a caveat. See, the way Persona 2‘s combat mechanics work may seem a bit counter-intuitive at first, because you’re not selecting attacks and skills from the menu on every turn as you would do in most RPGs. You can do so, but it’s really not recommended because it’s massively slow and inefficient here. Instead, Persona 2 wants you to make use of its auto-battle system and especially the new Fusion Spells.

To perform a Fusion Spell, you must queue up two or three attacks in a certain order, such as fire-wind-water, each obviously performed by a different party member. When the last person’s turn comes up, the spell fires and inflicts major damage (unless the enemy resists the element or one of the party members involved is incapacitated, of course). Fusion Spells are absolutely the key to victory in Persona 2, and if you don’t master them as soon as possible you will be in for a world of hurt, not to mention extremely slow combat.

In order to learn new and improved spells, you’ll of course need more Personas. Igor and his Velvet Room crew make another appearance and still help you on your way as they did in the first game, although the mechanics of obtaining new Personas are now somewhat different and unique to the Persona 2 duology. In Persona 2, you don’t exactly fuse anything, but rather collect arcana cards (obtainable from demon negotiation) that can be exchanged for new Personas at the Velvet Room. Obviously, more cards are required for stronger Personas. Certain arcana cards don’t appear in the wild at all, so you must instead find blank cards (either from treasure chests or demons you’ve formed a pact with) that can be handed to the Demon Painter and transformed into arcana cards.

To be quite honest, I’ve found that obtaining new Personas is not nearly as important in Persona 2 as it is in other games in the series. Mostly, you just want something that lets you nuke groups of trash enemies as quickly as possible, and maybe something with a useful support skill or two. Hitting enemies’ elemental weaknesses while covering your own is something that becomes extremely important in Persona 3, but here it barely matters most of the time. Speaking of elements, there are 17(!) different types of attacks in Persona 2.

Structurally, Persona 2 is rather similar to the first game and, as such, feels more like a traditional JRPG than the later Persona releases. The main quest is still a fairly linear affair with a few choices scattered about, and this time there is only the one main storyline as well. No alternate path akin to the Snow Queen questline here, sadly. 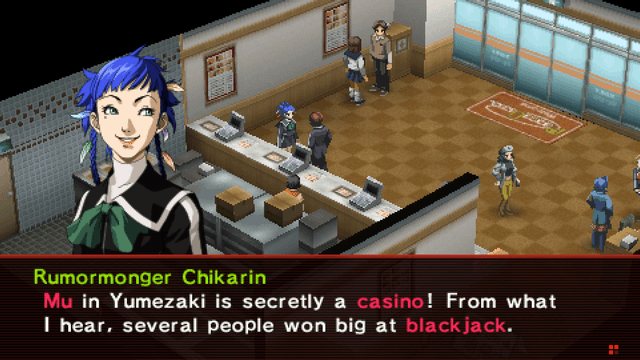 There is at least a fairly decent amount of sidequest content in Innocent Sin. The game takes place in a city where all rumors become true if they’re spread around enough (we’ll get to the story in the second part of the article, don’t worry), and as such you can spread rumors to your advantage at the Kuzunoha Detective Agency in town. For example, you can tell the chief detective to spread the rumor about a clothing store selling armor, and the next time you visit the store you can buy armor. There are many different rumors floating around about each store, so you’ll want to spread the ones that are the most helpful (such as making sure they sell the highest quality equipment they possibly can).

Other rumors can spawn special demons in dungeons, although the way this actually works in-game is a bit awkward and may require you to trek all the way back to the detective agency while you’re in the middle of a dungeon. Once you finish that dungeon, the demon disappears and can’t be fought again. The rewards for these demon rumor quests are usually quite underwhelming, so skipping most of them isn’t too bad of an idea. You can also explore an optional dungeon for extra items and arcana cards, as well as gamble at a casino to get some high-end items and equipment.

That’s just about all of the important gameplay-related stuff I can think of right now, so I’ll end this update here. In the second part of the Persona 2: Innocent Sin retrospective, I’ll talk about the story and characters in more detail. 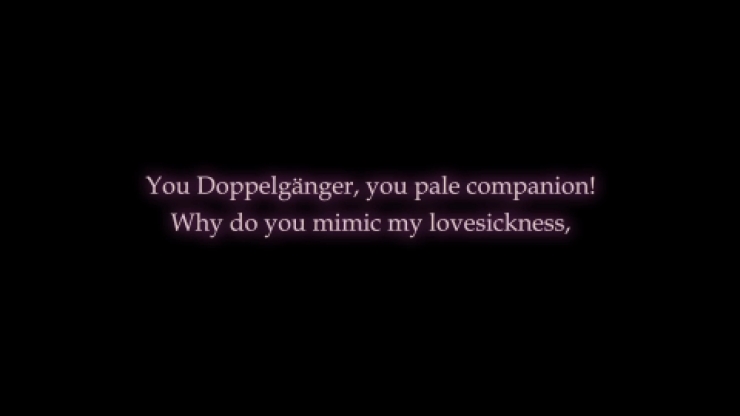